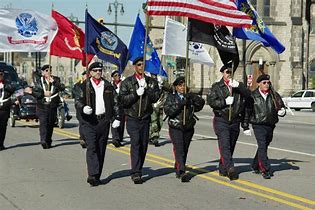 Veterans Day is a special day for me as I reflect back on my military career this far and remember those with whom I have served. Some still alive that I stay in contact with and spent part of the day today with a very good friend from my time in Iraq. I think about others with whom I served who paid the ultimate price. Others paid a huge price and carry their wounds still. Some visible some not. I think about all those who serve now or have ever served in all the branches of the military: Army, Navy, Marines, Air Force, Coast Guard as well as those in the National Guard and Reserves. They are all brothers and sisters in arms. But those who have served in combat are those with whom I have the closest bond.  Of course those I served side by side with through intense fights are the closest of all. Non-combat veterans and Civilians will never understand that bond. There’s also a bond between combat vets from different conflicts.  I have some close friends that served in WW2, Korea, Viet NAM and elsewhere who understand the experiences we all endured. Different in ways but similar in others.

To those I served with in Ramadi and to all combat veterans who put themselves in harm’s way I thank you all with the fullest depth of gratitude I possess. You honor me by including me in your ranks.

I also thank all veterans from all branches and all conflicts who were willing to put themselves in danger and to serve our nation. I thank you.

But. There is one who did not see combat during His life and least not that type of combat. The enemy He fought was a far greater danger to humanity. IS A FAR GREATER DANGER!  And He sacrificed Himself, pure, righteous and holy, for all of us sinners. So, despite not being in an Army, Christ is the ULTIMATE VETERAN!

Greater love hath no man than this, that a man lay down his life for his friends. John 15:13

For even the Son of man came not to be ministered unto, but to minister, and to give his life a ransom for many.  Mark 10:45

I have served in the Army and I’ve placed myself in harm’s way and risked my life for others. I do not consider myself a hero; I was doing what I was supposed to do and needed to do. But, I served along side some truly heroic people. But I know serve the TRUEST of heroes, Christ my Savior and Redeemer.

Lord God,  I praise and worship at Your feet, thanking You for so great a love as Christ had to give His life for me and others like me, for all of us sinners. In The name of Jesus I pray that all my brothers and sisters in arms come to know you and that you give them peace and comfort. Heal their wounds, the seen and unseen wounds, the physical and emotional wounds they carry. Bless them for their sacrifices. More than that bless Jesus for the ultimate sacrifice.  Please make me worthy of the price He paid.

Thank you all for your time. Please, thank a vet, he or she put a lot on the line for us all. Have a blessed day, and be a blessing to someone else as well.