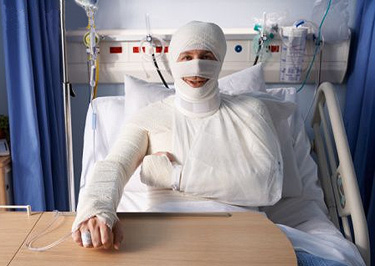 As I look forward to Easter weekend, I wanted to shift my thoughts from what He can do for me. I want to think about, and in my feeble human mind, try to understand something about the suffering He endured for me, and the rest of us. While I grew up hearing and reading the Bible stories about the crucifixion I never really understood at the time. When I read about some of the abuses He suffered, the whippings, being forced to carry the cross through the city to the execution site. I thought to myself, well, I have been whipped, and it hurt, but still, it couldn’t have been that bad. As I think about it with an adult mind, and with so much information to help the things He was enduring were far, FAR beyond anything I can even now comprehend.

After He had been held while being tried, before the crucifixion He had a crown of thorns placed on His head. This was not done gently, but with force. Having gotten injured by thorns a few time, I know that one or two is painful, but the way His crown was made, with the materials of which it was constructed, produced one with multiple thorns, facing different directions, and this was mashed onto His head. I can’t even imagine how excrutiatingly painful that had to be for Him. But, He endured it for me.

When I always, as a child, thought about the whipping, I imagined getting spanked. Now my mom was a firm believer in spanking and I received my share, with a belt or maybe a switch and I definitely felt the sting. But, this was not a spanking, it is written that they scourged Him. As I looked into that, while I had known some things about what I called a whip, I knew it had several strands on it. But that was not all, in addition to several cords, there were knots, bits of bone and metal attached that not only struck His flesh, but cut, tore and ripped it apart. Research into what a scourge was shows me not only that, but the word comes from the effects a scourge had on the flesh, it flays the skin, literally it tears strips of skin away. I think on times I skinned my knee, opened a small area and the dirt and other things that got into that area hurt, BAD. I cannot fathom how horribly He suffered as His skin was battered, cut, pieces ripped away, the tender tissue exposed to air had to be far, far worse than anything I can understand.

He carried the tool of His death, to the site where He was to be crucified. Adding emotional torture on top of the physical pain He had already endured.

Then, to have nails driven into His feet and hands, hung in the air to suffer and slowly suffocate. Do a brief internet search, the physical effect of hanging like that would have been far worse than anything I have ever experienced. Barely able to breath, every place He had been scourged, the wounds from the nails, all adding to His misery. Yet, He endured. He accepted the torture. He accepted the pain. He did that all for me.

On top of all that suffering and pain, He felt the pain of us all, every person that lives or has lived, our physical pain, our emotional pain. He not only felt all that pain and suffering, He accepted all our miseries, sorrows and torments gladly. He took the burden of our sins upon Himself.

WOW! That is so mind boggling. But, it happened, He did it. And, the marvelous thing is, He did it gladly, so that I, we, would not have to suffer. All we have to do is offer our sufferings to Him and He will take them upon Himself.

Come unto me, all that labour and are heavy laden, and I will give you rest.  Matthew 11:28

The labor He speaks of isn’t just hard physical labor, but emotional labor, as we suffer and labor our hearts and minds in times of trouble. He promises that He will take those labors and pains upon Himself, so I can rest.

I don’t know what anyone else thinks on this, I am sure many have similar thoughts. He was perfect, and did not deserve what He received. But, He did accept it for me. It agonizes me to think about all He went through. Then, I think that I contributed to His suffering. When giving thought to all that, and believe me, I glossed over some of the aspects of His suffering throughout the time leading to His death, it makes me shudder with the thought of what He felt. And, as bad as I think I feel emotionally at times, He suffered that as well, and with the suffering of others. I must say, I feel ashamed, because of my actions, I contributed further to His suffering.

The more I think about it all, the pain and agony, physically, emotionally, that he underwent and that Christ did this all for me, I realize that I serve a great, merciful, loving God. That He would suffer so much for me, when I have done so little for Him.

Lord, I pray to you today. Thanking you for all you endured for me, all the pain and suffering you sustained in my behalf. You are so great and merciful. You, my Savior, are so much more kind and gracious to me than I could ever deserve. I beg for you mercy and forgiveness for all my misdeeds. I thank you that you loved me so much that you did all you did for me. I pray you will help make me worthy of the gifts YOU give me.

Well, after all that, I just want to praise His Holy Name and again. Thank Him for his tender mercy.

Thank you again. I appreciate your bearing with me. No real revelations about what I can learn from the Bible and apply to regular life today. No today, I see how so truly wonderful He is and what a mighty, glorious and loving Master we serve.